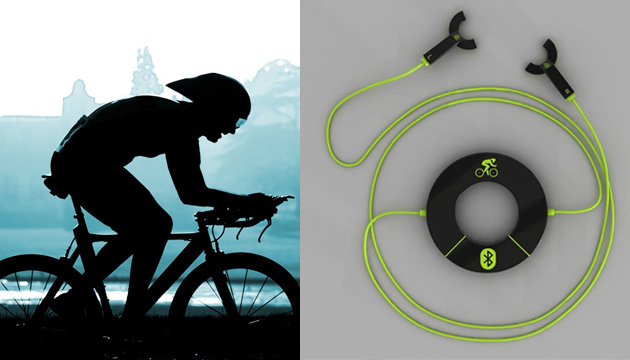 Few people would argue that a little music ambiance in the background makes almost any activity more enjoyable. The music in our heads can serve as motivation to keep jogging or biking but some people see wearing headphones as an unnecessary risk. There’s a case for both sides:

Pros of Listening to Headphones While Biking

1. Music Can Be Motivational

When bicycling for training purposes, musical motivation can be the only thing keeping you going to push yourself harder. Music lets the brain wander and before you know it a solid 3-hour training session is in the books thanks to the extra boost from fast paced music.

2. Music Breaks Up the Monotony

To some riders not being able to have music accompanying their ride is a deal breaker and would cause them to not get on the bike altogether. Think of a jogger who finds sanctuary in cranking their tunes and pounding the pavement – would they get the same reward if they weren’t allowed to listen to music?

3. Cycling Is The Perfect Time For Educational Listening

Not every biker who is wearing earbuds is listening to death metal music cranked at full blast. The truth is many bikers find more peace in listening to anything but music..An hour long bike ride is a great opportunity to get caught up on podcasts, educational listening, comedies, audiobooks and a bevy of other non-music alternatives.

4. Motorists Should Be Aware Of Bikers Anyway

Many bikers who wear earphones say that their hearing isn’t an integral part of riding anyway. In urban settings the sounds of cars get drown out and in many cases accidents can’t be prevented just by hearing them. Whether a biker can hear a car or not shouldn’t dictate the safety or irresponsibility of that person behind the wheel.

5. It Should Be A Choice

Much like helmets, seatbelts, and other ‘safety’ devices, most bicyclers believe that the decision to wear headphones or not should ultimately be their choice. For too many bikers having music accompany their ride is just a normal part of the process and is akin to taking the radio out of cars in many people’s eyes.

Cons of Listening to Headphones While Biking

To those who say wearing headphones on a bike is similar to a motorist listening to the radio, why is it that those same drivers aren’t allowed to wear headphones in most states. Apparently headphones block out enough sound where lawmakers feel it could be a problem for drivers so bikers should follow those same ordinances if they plan on riding on roads.

2. It’s Important To Be As Aware As Possible

While many bicyclers feel that their hearing isn’t important for road safety, it’s important to be as alert as possible for the unforeseen circumstances. For instance although a biker might keep their distance from the road while riding on the highway, what were to happen if a paramedic needs to use the shoulder to pass a car or if a truck loses it’s brakes and needs to make an emergency ditching?

3. There Are Too Many Alternatives

In this day and age there are phones that can play music over a loud speaker or ear buds that can use bone conduction as to not block outside sounds. These are only a few of the alternatives available which means headphones should be a thing of the past – unless sitting in a recliner listening to old vinyls.

Granted it is important to listen for other vehicles in a city setting, but having hearing abilities is important in all riding situations for personal safety. If a person is listening to earphones they can’t fully monitor the function of the bike and may miss a chain skipping, a tire leaking, or other malfunctions that could ultimately affect the cycle’s rideability.

Due to the sounds created by pedaling, breathing, and the passing wind, pedalers need to really crank the volume to hear their music. The result is not only a limited awareness of the surroundings but also long term damage to hearing. Biking may be good for the health, but not always the body if headphones are involved.

In the end, wearing headphones is a personal choice for now in most states but be aware that they have benefits but consequences just the same. 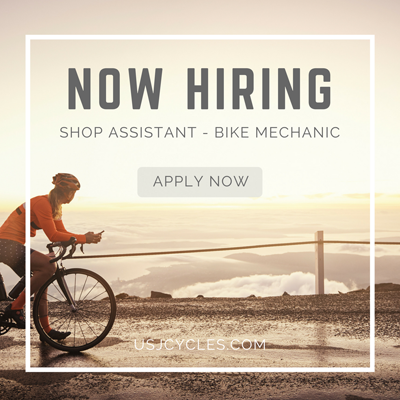